The origin of billiards will probably never be exactly pinpointed. While it may have sprung from earlier games played with balls on a table in China, Italy, or Spain, the best guess is that it originated in France as an indoor version of a lawn game similar to croquet. (On the other hand, some historians have suggested that croquet originated as an outdoor version of billiards.)
The name almost certainly comes from the French billart, the stick that was used, and that word probably comes from bille, meaning “ball.” When first recorded, in the 15th century, the object of the game was to push a ball through a croquet-like wicket to hit a peg, similar to the stake in croquet. Players used a club-like stick, which became known as the “mace” in England. 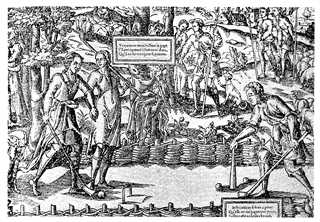 When the ball was up against a rail, however, the head of the mace was too unwieldy and the other, narrower end of the stick was used. This was called the “queue,” meaning tail–hence the modern word, cue.

Shakespeare refers to billiards in Antony and Cleopatra–which led one early sports historian to conclude that it was an old Egyptian sport–and by 1675 it was very popular in England. The first known rule book was published that year, and its writer claimed that there were “few Towns of note therein which hath not a public Billiard-Table.”

The first steps toward making billiards a “scientific” sport were taken by a Frenchman, known only as Captain Mingaud, who was a political prisoner in Paris during the French Revolution. While in prison, he enjoyed playing billiards so much that he refused to be released when his time was up.

Mingaud discovered that, if he rounded the cue tip with a file, he could aim more accurately. He also added a leather tip to further improve control of the ball. After finally leaving prison, Mingaud traveled around France giving exhibitions and stirring a great deal of interest in the sport. 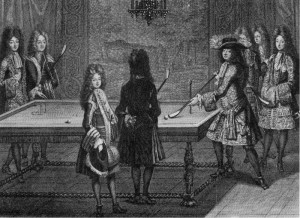 The leather tip lost its effectiveness when it became shiny with use and had to be replaced frequently. An English billiards teacher, Jack Carr, learned that putting chalk on the tip prevented miscues. He was also evidently the first player to hit the ball off-center to apply spin.

Carr was a genuine hustler. He traveled around Europe during the 1820s, giving his demonstrations and selling his magical “twisting chalk” at an exorbitant price, throwing in a free lesson on how to make it work. As a result, the term “English” entered the lexicon of billiards–although, ironically, it’s called “side” in England.. 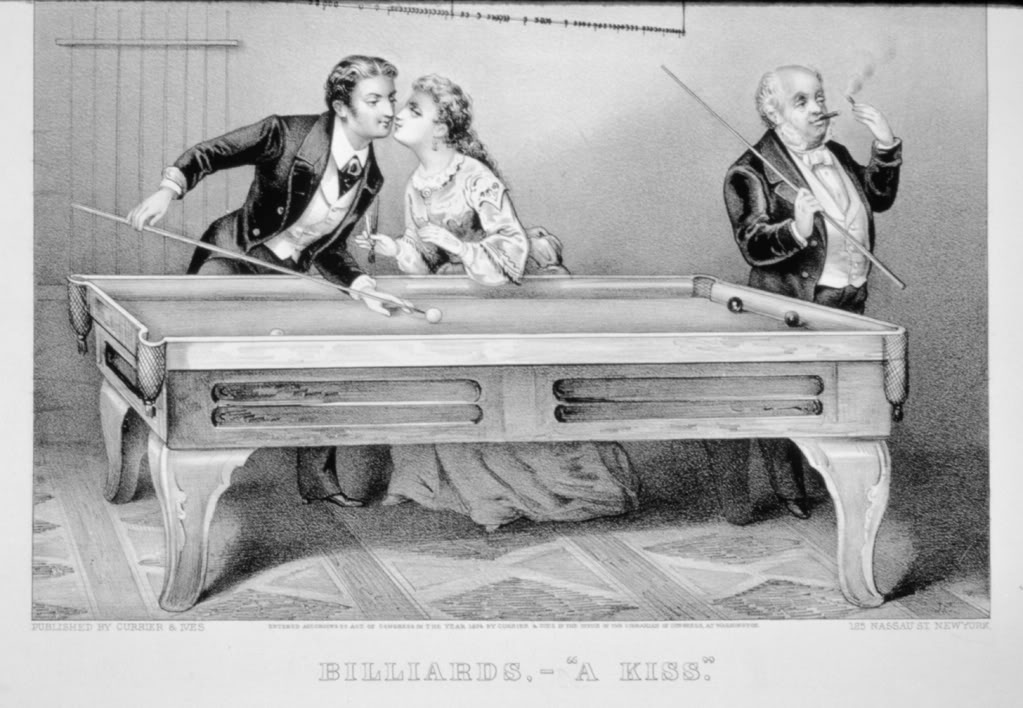 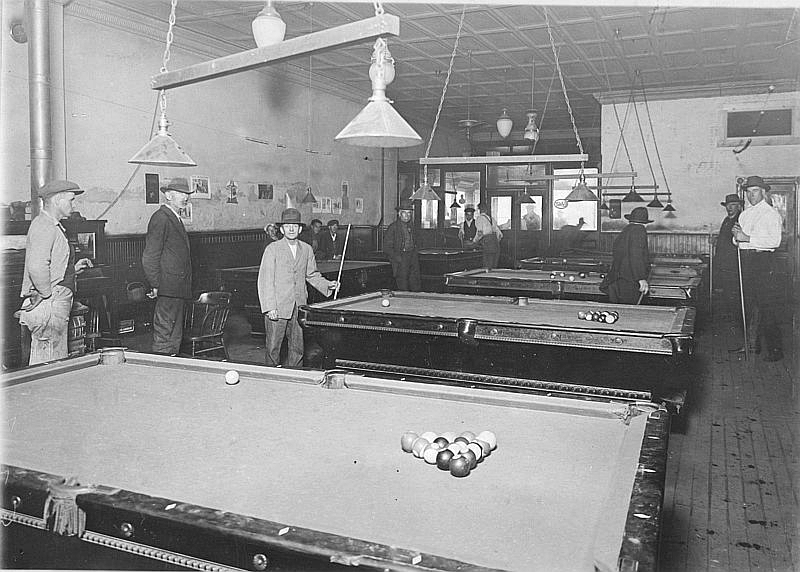 By that time, there were several different versions of billiards. In France, the most popular game was carom billiards, played with three balls (occasionally four balls) on a pocketless table. As in modern billiards, the object was to hit both of the object balls with the cue ball–called a carom or a billiard. The most common game in England was also played with three balls, but on a table with six pockets. There were two ways of scoring: By pocketing a ball (other than the cue ball) or by hitting both of the other balls with the cue ball. This game is the